This report of AlmaLaurea is the result of the monitoring of graduates’ access to the labour market within the 5 years after graduation. It is a very important tool for evaluating the effectiveness of the academic system and for assessing the attitude of the labour market towards graduates. 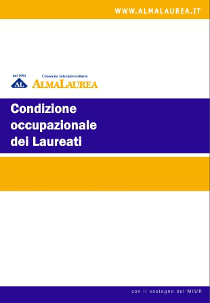 The profile on graduates’ employment status condition is divided into 10 sections: