Investing in Young People: If Not Now, When?

The 15th Survey on Graduates’ Employment Conditions, presented on the occasion of the Conference “Investing in Young People: If Not Now, When?” held at the Ca’ Foscari University of Venice on March12, 2013, has involved more than 400,000 graduates from all the 64 Universities that are members of AlmaLaurea. The Survey refers to 215,000 post reform first and second level graduates interviewed at one year from graduation; all the 2009 second level graduates (about 65,000) interviewed at 3 years from the achievement of the degree. Starting from this year the second-level graduates (over 40,000) have been investigated at five years from the completion of their studies.
Finally, for the third consecutive year, two specific investigations have focused on the first-level graduates of 2009 and 2007 that did not continue their university studies (almost 51,000 and over 42,000), interviewed respectively at three and five years after graduation. In addition to the detailed analysis of the recent trends in the labor market, the survey deepened in particular the following issues: the gender pay gap among graduates and the changes of wages in a national context still affected by the economic crisis; social mobility among graduates aiming at verifying the influence of parental cultural and socio-economic status; the determinants of the degree effectiveness, measured in terms of usefulness and exploitability of the degree on the labour market; job satisfaction as an important indicator for measuring productivity, mobility and involvement in decision-making. 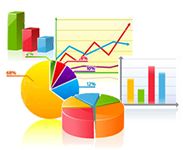 Investing in Young People: If Not Now, When?

The effective framework on the employment condition of graduates, outlined by Andrea Cammelli, can be deepened thanks to the numerous and timely analysis collected in the traditional Volume. All the achieved outcomes are also graphically available and easily viewable by browsing the slides, enriched by selected comments from the Volume. Finally, it is also possible to watch and listen to the videos of the Conference’ speeches, by referring to the graphic presentation.